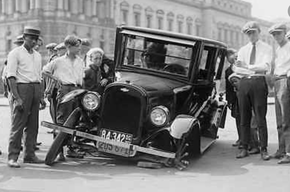 The project: Old friends and relations of Leon Fullerton got together to showcase some of their favorite Neon Leon tunes.

The group is now busking feverishly to produce its  first compact disc, Just Like Tom Joad's Blues. With luck, two more will follow: When the Wagon Rolls 'Round and This Is the Road.

But you don't have to wait. Tracks for all three (like life, subject to change) are below for your audio entertainment..

The band: The artists include Fullerton's son Jasper "Jazz" Jones, on guitar and former members of Fullerton's New Mexico house band, Oberon O'Blivio and the Outcasts of Samarra: Yazoo Chaz on vocals and guitar, Delmont Fullerton on guitar, dobro, and mandolin; Raphael Gunn on backup on bass, Memphis Manny on blues harp and organ, and Obie O'Blivio on percussion.

Special thanks: A tip of the neon sombrero to our good friends the Maine-based garage rockers the Fullertons for their support, encouragement, and faith. Neon Leon lives thanks to them.

​The tunes: Here are the tracks to the planned CDs:

When the Wagon Rolls 'Round

This Is the Road

What’s widely known about “Neon” Leon Fullerton could, at least until now, have been written on the inside of a truckstop matchbook. He has, however, maintained a small, loyal following, and two of his most ardent fans, yellow-dog journalist Rex Geronimo and guit-slinging, folksinging Yazoo Chaz, have set out to elevate Fullerton’s reputation to its proper place in America’s cavalcade of twentieth century originals. The most difficult part of the task has turned out not to be researching or recording, but documenting conclusively that Fullerton has or had ever lived at all.

The task: formidable. The jury: hung. Although Fullerton is said to have disappeared in 2002, sightings continue to this day. But his unavailablity to confirm or deny his existence has complicated Geronimo and Chaz’s task exponentially.

Nonetheless, they forge on, generously aided by Fullerton’s son, two nephews, and three old friends, who perform on this album. And to Fullerton deniers who continue to cast doubt on the Barstool Bard’s corporeality, Geronimo has written in the introduction to his forthcoming A Fretful Life: The Low Life and High Times of “Neon” Leon Fullerton:
In short, this is not a tribute album or folkabilly send-up. It’s a leap of faith. “Neon” Leon lives.