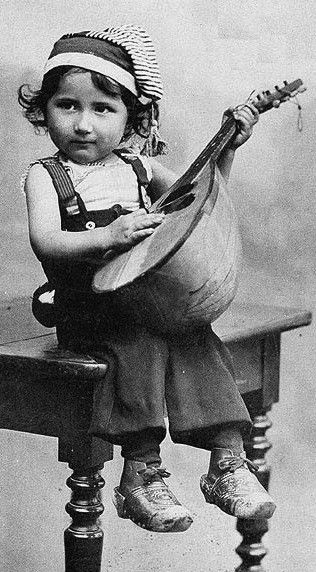 Sometimes six strings just aren't enough. Here are a few Fullerton tunes that rise to the challenge, thanks to the fretful finger work of intrepid nephew Delmont and the prodigious multi-instrumental contributions of nephew Raphael, collectively known as the Del-Reys.

In interviews with biographer Geronimo Rex, Leon Fullerton had praise for several aspects of the instrument:

• They're profitable: "Spent three months at the Albuquerque Y. Paid for some of it hustling pool and ping-pong. The mando-lele didn't do me much good in the pool halls, but I won more'n my share of bets winning ping-pong with the mando. The trick is how you chord 'em. Dominant sevenths will throw off the most talented ponger. Whack that ball just right, and zing, it's over the net and under the Coke machine."

"They're romantic: "Met three of my favorite wives playing mando. Those were the days. Maybe still are. If I'd knew where my old F-5 was, I'd seriously consider giving it a try for old times' sake. On the other hand, it's probably only fair to give the younger fellers a chance. I hear they're breeding 'em bashful these days."