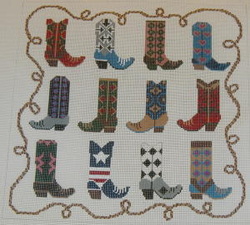 This section is an unabashed marketing ploy undertaken for the sake of accessibility. Each page contains a few tunes to give you an taste of Fullerton that fits your taste.

We hope Leon Fullerton never sees it. He's made a career of flying beneath the radar of stardom. Though he sometimes professed to envy the "bed of ease" he accused more successful artists of enjoying, nothing in his biography suggests that he actually longed for any such thing.

Far from it.* As his daughter Gwen told Fullerton biographer Rex Geronimo: "If he had a recording date, he'd show up the day before or the day after.  If he had an interview, he'd ask all the questions and wouldn't answer any. He thought signing with a label meant signing with the devil. His power lunches were hydraulic. Richard Thompson has this story where he says his agent told him the best thing he could do for his career was die. Even dying wouldn't resurrect Dad. They'd have to find him first, and no one ever found Dad if he didn't want them to. I found him a couple of times, but I always found him lacking."

His published albums (not to be confused with the unpublished demo albums on this site) were themselves testaments to avoidance, defying, as they did, all conventional notions of order, coherence, or common sense. So we're walking the line between respecting that sensibility (or insensibility) and respecting the ability of his music to speak for itself.

And to you, our music-mining reader, we say: if you favor a musical form that's not listed below, Fullerton probably didn't play it. If you see a genre you enjoy, check it out. Leon wouldn't mind that.


__________
* When a Variety reporter asked Fullerton where he hailed from, he said, "Far Frummit. Just outside Frummit Falls. I get back there a lot. Frummits fall, but we never all far from the tree. Even us far frummits."