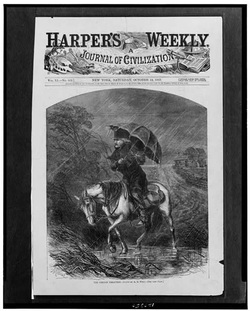 As founding arch-shaman of the First Church of Latter Day Cowboys, Leon Fullerton usually referred to his music tours as curcuit-riding. Every gig was an opportunity to spread the gospel according to Leon.

He influenced many. Little Feat's "weed, whites, and wine," for instance, are now believed to be a genial nod to some of the First Church's most blessed sacraments.

And Fullerton was influenced by many, as well. We doubt that novelist Edward Abbey's recurring character Jack Burns actually existed, but we do know that Burns was first among the panoply of First Church saints. Fullerton often said of unbelievers (whom he optimistically referred to as believers-in-waiting), "They don't know Jack."

Fullerton had occasional occasion to share tequila shots with Kirk Douglas, who played Burns, and screenwriter Dalton Trumbo, blacklist survivor, on location during the filming of Lonely Are the Brave, the movie adaptation of Abbey's The Brave Cowboy. Fullerton counted both of them (whether they knew it or not) among the First Church faithful. Fullerton had picked up work with Universal as a driver, one of many film crew jobs that are recognized in film credits today but were not in 1962.

Unable to explain the source of several accusatory dents in one of the studio's four-wheel-drive Willyses, Fullerton was fired subsequent to chauffeuring the trio's tequila-ennobled cantina crawl. Defending his action, director Jerry Miller later described Fullerton to Trumbo and Douglas as "talented, agreeable, eccentric, and constitutionally incapable of keeping his nose clean." (Fullerton, who also acted as self-appointed chaplain-on-location, claims that Douglas later sent him a box of Kleenex.)

Raised by a Jewish mother and Baptist father, Fullerton came by his amiably non-sectarian worldview naturally, easily accepting the precepts of his parents' persuasions, as well as many others. To Fullerton, the ability to describe the indescribable was humanity's greatest gift and the need to describe it its greatest curse. "God," he said to biographer Rex Geronimo, "is just a good word for what there's no good word for."

Willie Nelson once told Fullerton that the First Church of Latter Day Cowboys was nothing but a bunch of Buddhist Quakers in ten-gallon hats. Fullerton said, "Naw, those folks ain't crazy enough, lazy enough, or hazy enough. We're more like Druids. Never met a tree I didn't like. Might've disagreed with a cactus or two."